The Federal Government announced its move to resuscitate the moribund airline venture, Nigeria Airways, this time with a new name and a logo that has got everyone talking. No other rebrand or new logo unveiling has got more attention in recent times from the Nigerian audience, not EbonyLife TV or even Pinterest. The reactions have been mixed, with a percentage of responders, especially design professionals literally calling for the head of whoever designed the logo.

While a lot of people have continued to emphasize the brilliance of the new logo, pointing to its genius depiction of an eagle, the immediate reaction of the so many people on the WTF side is clearly influenced by the what immediately reminds you of a generic green-white-green glowing ribbon you would probably find on the brochure design of a Nigerian State Government brochure.

To be fair, the eagle was a brilliant one but perhaps the agency responsible for the logo could have discovered with some more prototyping and testing that the immediate association is of the over-flogged Nigerian flowing ribbon. It is not the first time a logo’s primary idea is not the immediate thing you see, but what appears first, like in the case of Fedex, is usually not like in this case of a glowing ribbon, something to put a lot of people off as mediocre.

It is likely that the critics of this logo would have loved a design that did fit a more ‘international’ and abstract symbol that was being introduced to us first by the logo. Something like the logo of the defunct Branson’s Air Nigeria. “Unique” would have been the word, from both professional designers and many others, but maybe there is another perspective to see it from.

The Nigeria Air adopts the most acceptable symbols of Nigerians: the free-flowing feel of an eagle, and as not-unique as we might say that it is, it is probably the most Nigerian it can get. The Air Nigeria logo for example. that would have received a 5-star rating from most designers and ‘exposed’ Nigerians, actually feels somehow South African. The colors and shapes do not immediately connect with us, (for a national carrier, for that matter) and I think the agency behind the Nigeria Air logo did well avoiding that.

One key part of this branding process that is easy to relegate, in the face of one graphical flaw or the other, is the direction. I see an intentional strategy to stay close with what is Nigerian and would always be. Close your eyes and think of yourself in your best moment of national pride. Do you see yourself running around an open space like Pogba on the pitch with the World Cup trophy, with the flowing Nigerian flag. You want to get up in the air like the eagle, just that gravity won’t let you shine. There are the abstract and out-of-the-world logos, and there are these ones done for people to love. Nigerian Air is the latter and a lot of non-designers, the real audience, seem to love it.

If it works, does it mean well, it works? I would say if it works, could it be better?

How really could it have been better?

From a graphical point of view, yes. Apart from the justifiable desire of a brand identity designer to create unique work that registers a new domain in the minds of people, the proportion of the symbol to the text, and the inter-positioning of both could probably do with some further work. The eye of the eagle could also have been more prominent to make it even more obvious. And really, you don’t need that really large figure to represent an eagle, so large the eye of the eagle is almost lost in the “diagram”.

Once we agree that the ribbon-eagle idea is an intentional move to identify with what is obviously Nigerian, there would probably be no additional issues to fix, graphic design wise.

It is not surprising that a lot of people get to love the logo after spotting the eagle eye. As much as the design could have made it more about that idea than a predominant ribbon outlook, this would eventually sink in over time and the identity will succeed.

Of course nobody is going to change the logo because a number of people think it’s ugly but perhaps there is a simple edit that can be accommodated in the application. If I was asked, or if our team at FourthCanvas was to design the brand guidelines, my suggestion would be that the type-alone, the Nigeria Air stands alone as the logo, like SONY, Samsung, etc while the ribbon-eagle becomes a primary visual identity of the system that appears across the materials, on the tail of the airplanes (as it is currently previewed in what would be the recommendations of the agency), etc. Perhaps the visual would do better at that, than as a primary feature of the logo. Personally, I think the ribbon-eagle is a whole lot as a symbol to go with the logo in all application. A minimalist version of the same idea would probably have functioned better. As it is, throw it into the visual materials, like Michellin’s tyre man or Printivo’s delivery mascot and it works, but not necessarily in the logo itself.

After all the graphical analysis and recommendations, what they do, moving forward would go a long way to determine the success of the branding efforts. Apart from the service quality of the airline, which is above all, the intentionality of ALL communication materials, tone of voice, imagery, digital experience and how it drives home whatever the central perception goal of the identity is, would matter more than the degree of perfection of the logo. Although while I would admit that the cover doesn’t determine the content of a book, I also think if you can get both to be at the very best, why not?

So yes, the logo could have been better, but did the designer/agency do well to represent Nigeria Air at what is its most central theme? I think yes. And afterall, at this point, what happens next would matter more. 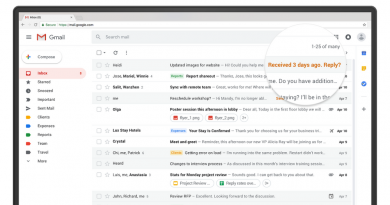 The Gmail Update That You Need to Know About

May 18, 2018 Opeyemi Olugbemiro Comments Off on The Gmail Update That You Need to Know About 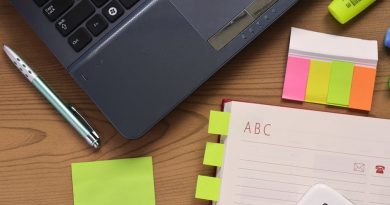