Three African Tech Leaders will take the stage to share insights about the vibrant Startup scene on the continent at Disrupt San Francisco 2018.

CEO of Paga, Tayo Oviosu, Helios Investment Partner’s Vice President Fope Adelowo and Cellulant CEO Ken Njoroge will discuss various topics around fintech, experience of founders in Africa, VC investment, privacy and other opportunities to be explored on the continent.

Within the last 20 years, Africa has experienced improved stability, economic growth and  some reforms have created a good number of bright spots on the continent including rapid modernization and a growing technology scene. From Lagos in West Africa to Johannesburg and Kigali in the South , Nairobi in Eastern Africa and Egypt in the North, Africa has made some credible leaps in the technology space.

e- commerce venture Jumia became Africa’s first Unicorn company in 2016—when it surpassed $1 billion in market value after a $326 million funding round including investors AXA, Goldman Sachs and MTN—and over the last five years, just about every big name tech company including Facebook, Google and Netflix have expanded here.

Njoroge’s Cellulant is a Nairobi headquartered Pan-African payment startup that has also posted some impressive fintech stats. The company offers B2B and P2B services to clients that include some of the continent’s largest banks including the Central Bank of Nigeria and he says that in 2017, Cellulant’s payment platforms processed $2.7 billion across 33 countries. 2018 has also been a good year for the company as it raised one of the continent’s largest VC rounds—$47.5 million —led by TPG Growth’s Rise Fund.

Tayo Oviosu’s Paga has also enjoyed an unprecedented business growth. He says since 2012, the company has processed 57 million transactions worth $3.6 billion, reached 9 million users, and achieved profitability. It is one of Nigeria’s leading digital payments providers. For consumers, the company’s core offering is a money transfer service—with Paga you can send money to anyone with a mobile phone via SMS, Online, a mobile application, USSD or IVR (automated line).

Helios Investment Partners’ Fope Adelowo has been on the forefront of VC into Africa’s breakout startups. She serves as board observer to e-commerce site MallforAfrica and payments company Interswitch.  MallforAfrica recently launched a global e-commerce site with DHL and Interswitch has mooted plans to become one of the continent’s first tech IPOs on a major exchange by 2019.

With over  442 active tech hubs, accelerators and innovation spaces across IT hotspots in Ghana, Kenya, South Africa, Nigeria and Rwanda; thousands of African startups are exploring every imaginable sector: from blockchain, logistics and education to healthcare and agriculture.

As hundreds of millions of dollars in venture capital is flowing to the continent there is a high expectation that some of the solutions built by startups for Africa’s growing population of over 1.2 billion people would produce significant Return on Investment.

First held in 2011, TechCrunch Disrupt is an annual tech conference hosted by Techcrunch in SanFrancisco, New York City and Europe (London or Berlin). It also happened in Beijing in 2011. It features startups from different niches and places around the world pitching their ideas in front of Venture Capitalists, investors, media and other interested parties for prize money and Publicity.

This year’s edition would hold in San Fransciso from September 5-7. 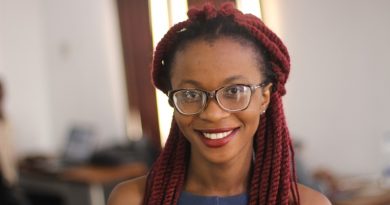 Every Company Can Benefit from Effective Digital Marketing- Susan Ikegwu

January 25, 2019 Opeyemi Olugbemiro Comments Off on Every Company Can Benefit from Effective Digital Marketing- Susan Ikegwu