It was a Sunday evening, the mood around me was a mix of expectation for the new week and a tinge of dread for the work ahead but, mostly I was relaxed as I scrolled through the WhatsApp status feed on my phone.

Then something jumped out at me.

It was a video uploaded by a friend detailing how Alexa led a family in prayer. I watched carefully as the voice assistant from Amazon prayed in the most human way possible, highlighting the need for strength, forgiveness and above all, direction. Wow! It unleashed a moment of proper reflection on the role technology has played so far in mainstream religion; the reputation oscillates from wonder and appreciation to dread and castigation depending on which camp you belong to. However, one thing is undeniable, technology has influenced how people worship, where they worship and who they worship with.

I had first begun to explore thoughts on how technology influences religions a few years ago, exploring how social media has created a fertile ground for religions of the world to spread their message and recruit new adherents. Beyond that, the rise of the internet has seen several religious leaders reach people outside their local environment. I would broadly classify the rapid change of the technological landscape and its adoption in religion into three broad eras within the last hundred and fifty years.

My understanding of the core activity of religion, which is communication has informed my stratification of this eras. Many often attribute and rightly so the spread of the Bible to the invention of the printing press. I feel a lot has not been said about what happened after the printing press. This article will explore the known but often unsaid effects of new technology on religion within the last century and a half. I have divided these technological inventions into different eras in order to adequately expatiate on their effect on modern religion.

Three technological devices define this era—Radio, Television, Telephone and gramophone. The gramophone also called the Phonograph was invented by Thomas Edison in 1877 and it ensured that people could record voices.

Recording voices was a big deal as it meant preachers could have their adherents listen over and over again while the invention of the telephone which experienced it first practical use a year earlier made it possible to reach religious leaders over long distances hereby spreading influence.

However, the final cocktail that created the real reach was the invention of the radio. Reginald Fessenden’s first public transmission on December 23, 1900, created the perfect mix for the ecosystem of the Amplification Era. About two decades later, religious houses were running programs on radio and using the medium to constantly reach and interact with their audience. The television added faces to the voices which meant visuals began to take the center stage in the delivery of messages to religious followers. The age saw the launch of several TV and Radio stations tailored to the religious beliefs of their adherents and the interactions on these new technologies saw the  popularity of shiny age of religious leaders soar significantly. At this point, the question was no longer about whether technology could help amplify their message, the question was how.

The internet as a network of computers is currently driving the spread of religion around the world. The social media and apps are driving how people interact with and reach out to each other. Religion-specific forums have been springing up everywhere and for better or worse, their effects are getting felt.

With the rise of the internet, believers can instantly interact with other believers around the world, be a part of services and even get their pastors to pray for them while streaming their live events on youtube or other platforms. It changed the question of where do you worship to how do you worship. It seems that remote work is not the only thing, remote worship is becoming a thing too. Indeed it seems software is eating into everything including religion.

The next age in human religion will be shaped by how Big Data and AI will influence religious practices globally.

At this point, the story I shared at the beginning of this article will begin to make much better sense. The coming age will most likely have the most profound effect on how religion will be practised with incredible effect on essentially what the core religious experience is all about.

Think about it, with the data generated online from several videos and sermon notes, AI could well prepare better sermons than Pastors, creating sermons that best suits the pastor’s delivery style. In some cases, they might even pastor congregations. AI as a religion is even a possibility, they might be worshipped as occasioned by the recent launch of the Church of artificial intelligence by former Googler, Anthony Lewandowski.

A bot was recently tested in Germany that takes confessions, I expect that an AI pastor will be launched within the next 10 years. AI could help believers plan their devotion times and schedule meditation or praying times, ensuring that more people become devoted to their religion. Its understanding of data may help adherents with prayers relevant to their current challenges, in this hyper-personalized age, imagine you would get only sermons that fit your religious outlook.

Many religious leaders have either met these new possibilities with dread or bustling optimism. The solution I believe to these questions is not a paralyzing dread or unfair antagonism but critically examining the core of their religion/belief and seeing how they can use AI to amplify that. Some ideas have been dropped during the course of this article and with growing interest, several others will be discovered. 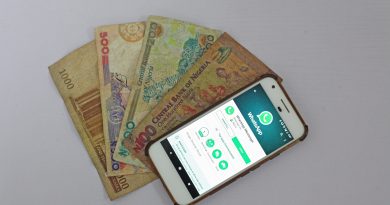 These Four Banks Are Leveraging on Whatsapp to Drive Customer Intimacy

August 10, 2018 Deborah Soyombo Comments Off on These Four Banks Are Leveraging on Whatsapp to Drive Customer Intimacy 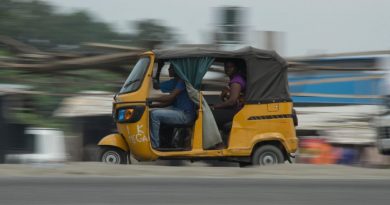 One Reason Your Business May Not Survive? Communities!

March 3, 2019 Guest Comments Off on One Reason Your Business May Not Survive? Communities! 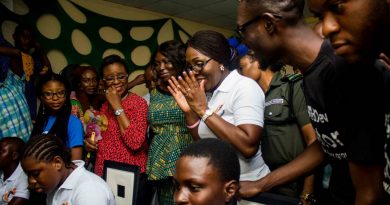