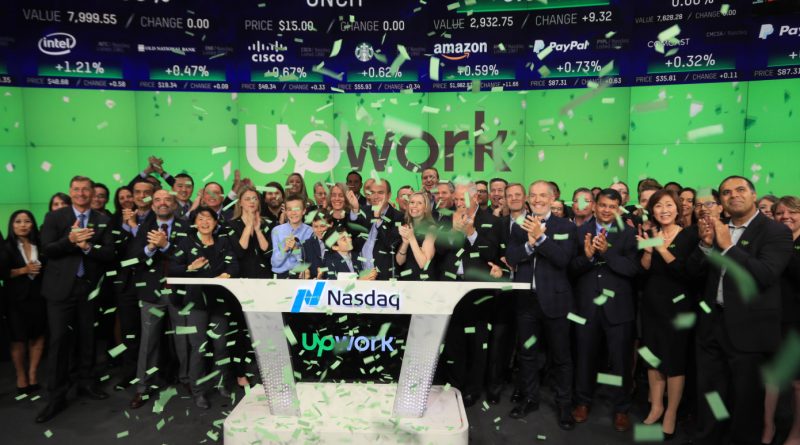 Popular freelancing platform, Upwork debuted on Nasdaq this week at $23.00 per share representing a 53% jump from the $15 price by investors before the opening bell.

The company would fundraise approximately $102 million of new cash for its balance sheet (the initial public offering allowed the company to raise $187 million through the sale of 12.5 million shares) and the stock currently trades under the ticker UPWK. Shares are currently up 40% compared to their original prices.

Upwork, the rebranded merger of oDesk and Elance dropped it’s S-1 about 4 weeks ago and shared in its filling to go public that in the twelve months ended in June 30, 2018, the platform has enabled $1.56 billion of gross services volume, across 2.0 million projects between approximately 375,000 freelancers and 475,000 clients in over 180 countries.

The company earns revenues by charging service fees to freelancers that find work on its platform. These fees are based on a percentage of a freelancer’s billings with each client. It earned $122 million in revenue from these users through the first six months of 2018, up 14% year over year. 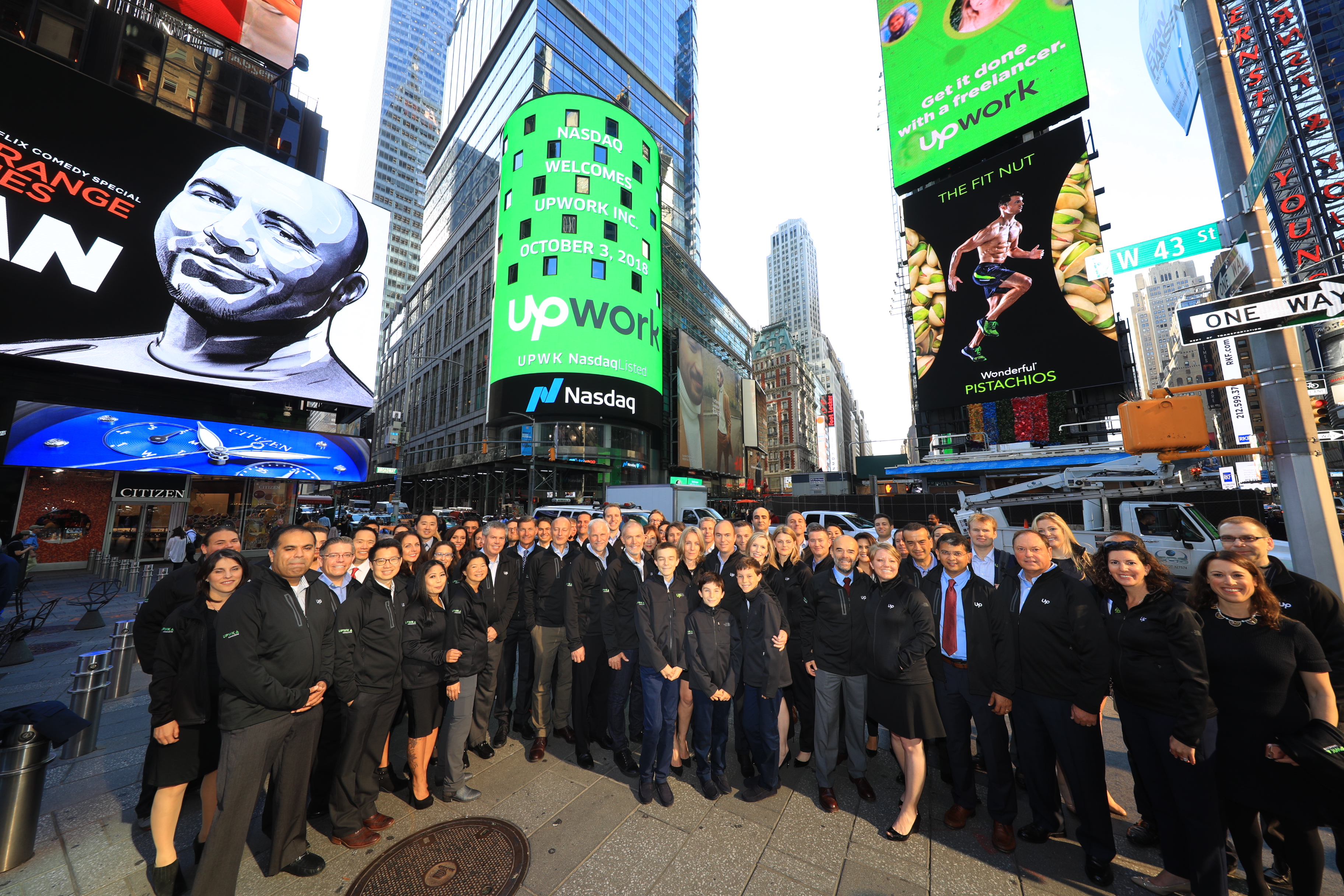 Although Upwork still hasn’t made a profit (like a record 83% of IPOs so far this year), the company’s accelerating revenue growth and improving capital efficiency provides some form of trust to believe that it could potentially justify its valuation or at least prove appealing to a potential acquirer.

CEO, Stephane Kasriel has expressed excitement about the engagement that offering has received. He explained that he took approximately 160 meetings with investors and that they were engaged on the combination of the strengths of the business and the strengths of the mission.

The company reflects a positive cash flow business, a growing top-line revenue only about 27.6% year over year but Kasriel says that the company should be able to “Compound at that rate for decades” due to the growing number of workers who freelance around the world in order to have flexible work arrangements. “When you think about which jobs are being created in the global economy, in most countries it is these knowledge jobs,” he emphasized.

Upwork has offices in Mountain View, San Francisco, and Chicago with 1,500 employees and roughly 1,100 of them are freelancers.

Some major VC investors behind the company are Benchmark, which owned 15%, Sigma Partners, which owned 14.2%, and Globespan, T. Rowe Price, and FirstMark. The company is offering 6,818,181 new shares as well as 5,658,512 shares from existing shareholders. Citigroup, Jefferies, and RBC jointly led the book.

Nigerian cross-border freight startup, Kobo360 has raised $30 million in its series A

August 15, 2019 Opeyemi Olugbemiro Comments Off on Nigerian cross-border freight startup, Kobo360 has raised $30 million in its series A

How to Build a Career in Tech 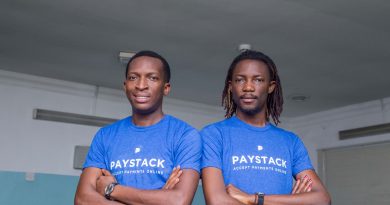 Paystack raise $8 million in Series A Funding Round

August 28, 2018 Opeyemi Olugbemiro Comments Off on Paystack raise $8 million in Series A Funding Round