The Federal Government has approved an automated fuel system management and censor network to combat theft and get accurate data on the amount of fuel consumed in the country.

Briefing journalists at the end of the last week’s Federal Executive Council meeting presided over by the Acting President, Yemi Osinbajo, the Minister of State for Petroleum, Dr. Ibe Kachikwu explained that the move was an initiative of the Petroleum Equalisation Trust Fund (PEF) to assist in revealing the exact litres of petroleum consumed in the country per day. It would track daily fuel consumption and delivery of fuel from point of entry to the country to landing at the petrol stations.

The Minister of State for Petroleum added that the adoption of the PEF initiative had become imperative in view of discrepancies in figures being bandied as daily fuel consumption in the country, and consequently affecting subsidy payment and remittance to federation account while a huge volume of petroleum products is illegally moved out of the country. Every truck conveying fuel would be licensed with a driver and a transport company, and any transporter or company involved in the case of any missing truck will be held responsible.

Dr Kachikwu explained that the censor will be able to track  the movement of refined petroleum products from the point of LC (letter of credit) opening from the vessels that come into Nigeria, up until the point where they are discharged into tanks in Nigeria, and from the tanks into trucks. It would also monitor the trucks till they deliver the products into the storage tanks for the filling stations to when they are discharged and sold.

“So, that will produce a 100 per cent holistic monitoring of this production. For the first time, we will be able to tell how much petroleum products we consume in this country because there has been so much going on in terms of the movement of consumption numbers from 30 something million litres a day to 70 million litres to 18 million litres a day during the difficult times…So, we expect this to be over a period of three years but we promise that within one year, the real effects of this will begin to show. Obviously, you need time to train and to continue to improve the system. We hope that by the time we start doing the 2020 budget in 2019, we would have gotten to a point where the losses that you are seeing are being tracked and substantially, impact will be made in monies that come into the federation accounts”- Dr Ibe Kachikwu

If effectively implemented, this will produce a holistic monitoring of the production, distribution and consumption of fuel in the country. 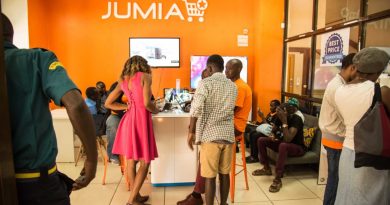 JUMIA is Set to List on the New York Stock Exchange

March 14, 2019 Opeyemi Olugbemiro Comments Off on JUMIA is Set to List on the New York Stock Exchange

Seeddev Round-Table: Discussing the Future of Skills and Education in Nigeria

September 11, 2018 Opeyemi Olugbemiro Comments Off on Seeddev Round-Table: Discussing the Future of Skills and Education in Nigeria