In the last few years of this administration, Vice President Yemi Osinbajo has become a reliable connection between the tech ecosystem in Nigeria and the Federal Government.

He has spearheaded the government’s efforts in establishing technology and innovation hubs in different zones of the country, with the most recent being the South South Innovation Hub and demonstrated support for initiatives tailored towards supporting improved access to technology solutions in the country.

If the Vice President’s disposition is anything to ride on, it would be safe to assume that he is an ally to the technology driven youths, who are working round the clock to ensure that Nigeria is not left behind in the digital industrial revolution. The surprise visits to some of the hubs and tech startups in Lagos and the recent inauguration of the Advisory Group on Technology and Creativity should emphasise the readiness of this Administration to reset the country’s economic architecture by diversifying from Oil dependency and leveraging on ICT as a critical contributor to the economy.

Hence all eyes are on the available opportunities from Osinbajo’s recent trip to Silicon Valley to discuss with tech investors the future of the Nigerian technology industry and what he forsees could be a fourth industrial revolution. Alongside some members of the Advisory group of Technology and creativity, the Vice President visited Googleplex—the corporate headquarters of Google and Alphabet Inc.—at Mountain View, California.

Google CEO, Sundar Pichai expressed excitement in talking about the various opportunities in Nigeria’s digital economy. His company has already explored a robust digital skills acquisition programme in Nigeria and Africa as a whole and it would be exciting to get to know the nature and plans discussed on how to further deepen their influence in Nigeria.

Happy to welcome the Vice President of Nigeria @ProfOsinbajo to the Googleplex today – great to chat with him about the opportunities of Nigeria's digital economy pic.twitter.com/XbUBytOpx1

The Vice President was also hosted by the co-founder and Vice-president of Product Management, Allen Blue in a fireside chat titled “Investing in African Talent”. At this fireside chat,  Osinbajo also said he shared insights on the roles of the the advisory group and mooted the need to explore innovative methods of education in the country.

At the Fireside chat with Allen Blue, Co-Founder of LinkedIn, I described the role the role of the recently inaugurated Technology and Creativity Advisory Group to drive policy in tech innovation and entertainment. pic.twitter.com/vp2O7Lm1ID

In addition, I have met with groups of key tech investors here in Silicon Valley and will be speaking tonight at an interactive session at the LinkedIn headquarters.

Osinbajo also made a stop at Hollywood to discuss with representatives of the biggest guns in the industry to discuss collaboration and investment in Nigeria Talents.

Yesterday, we continued an interactive investment forum with institutions and individuals in Hollywood.

Creativity and talent abound in Nigeria and we are open for business. I met with reps from Universal studios, Warner Bros, 20th Century Fox, IMAX, Disney and a host of others pic.twitter.com/ZsWIiFq25s

However, Nigerians , especially tech observers are optimistic to see how this visit would materialise into tangible investments and development in the Nigerian technology and investment space. The statement by the Vice President’s Senior Special Assistant on Media and Publicity, Laolu Akande on the trip explains that having members of the recently inaugurated Advisory Group on Technology and Creativity— an integral part of the National Industrial Policy & Competitiveness Advisory Council—on the trip was primarily to showcase the continued improvement in Nigeria’s business environment to entrepreneurs, investors and business leaders in both American cities. The coming weeks and months would show how much improvement the trip has exuded to the international community.

We would also need to have the government show more committed actions to actualising  its 3 years ICT roadmap; increasing broadband internet penetration and ready access to stable power would be a great step in this direction. An enabling environment in terms of policy, power and internet, investment opportunities, better Visa openings to explore international events & opportunities and even the intermittent harassment from security operatives are issues that the government should be looking at.

It is also important that the draft of the Nigerian ICT Innovation And Entrepreneurship Framework (NIIEF) which according to the Director General/CEO of the National Information Technology Development Agency (NITDA), Isa Ali Ibrahim Pantami is to cast a vision for the ICT innovation ecosystem, identify the stakeholders, define critical roles of NITDA in their development and responsibilities of all stakeholders is executed excellently.

As much as we appreciate the trips in terms of exposure and positive attention to an increasingly innovative technology community in Nigeria, there is also a loud call by industry players to have a revamped educational system that can cope with the demands of the digital revolution, an environment that works, access to power and internet, a stronger and more respected international passport,  and a government that is ready to devote time and resources beyond political gains for the Nigerian technology ecosystem to work. 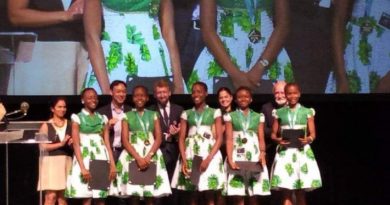 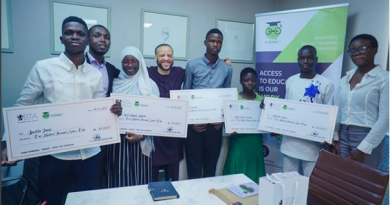 March 29, 2019 Opeyemi Olugbemiro Comments Off on ScholarX is Improving the Access of Underserved African Young People to Education 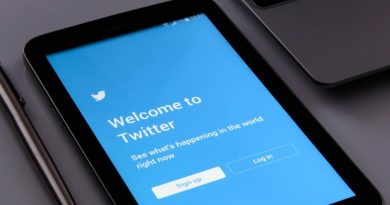 Twitter Lite Expands to 21 More Countries Including Ghana and Kenya

August 14, 2018 Opeyemi Olugbemiro Comments Off on Twitter Lite Expands to 21 More Countries Including Ghana and Kenya