I got a lot of criticism earlier this year when I described NEST in a Facebook post as “an Andela-like startup”.  The responses came from family and friends alike in the context of “Never describe your startup with your competition in view”.

Just few days ago, Victor Asemota wrote a post explaining the dilemma of African Startup founders where family says “You’re the greatest”, friends say “You have a wow effect and you’re going places” and the market says “you’re shitty” even though the market doesn’t say it verbally but indirectly when you check your expenses and revenue chart. Sometimes, this gets you depressed and the comments of family and friends, suddenly do not have a strong place in your heart. Why? It is because what the market says has more value to us than what anyone says.

Something I realised early in business is that everything else might be speaking negative but as long as some or all of revenue is increasing, numbers are going high, adoption is growing geometrically and customer retention is on point; then you are on course. The startup is growing and you’ll get some form of comforting peace of mind. Now, you know what my startup is doing with just a few words. This is why I didn’t have a problem describing my startup with reference to Andela early 2017. Although that will definitely stop someday.

We started Planet NEST popularly called NEST in July 2014 shortly after leaving Nokia Research Center with plenty of targets in mind; simply put– to help in “Building a skilled Africa”. Having travelled to quite a number of places mostly universities serving as a Nokia Research Center Ambassador for West Africa, it was deeply overwhelming to come to the realization that the African youth is potentially sound but doesn’t have the needed skill to catch up with the global trends due to a number of factors that I’ll talk about in later posts. 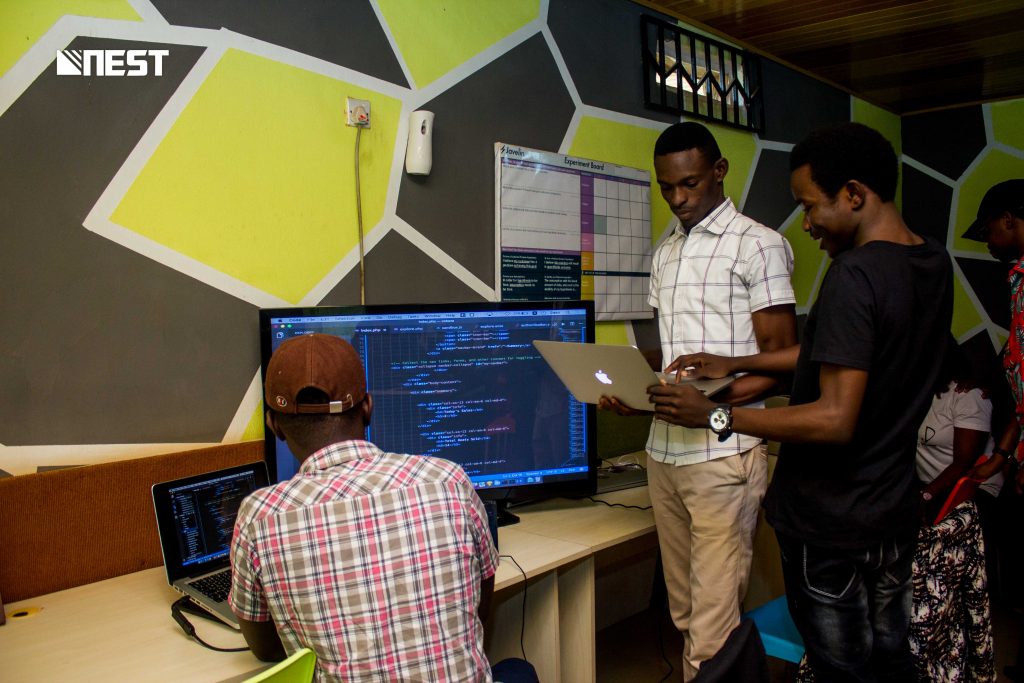 I wasn’t this good with business and models at that time but I started anyway and we decided to train young Africans as far as we could reach.  I could organize boot camps, workshops and long-term training and my CTO/Cofounder could deliver a sound training with our world-class curriculum and  in one year we had trained over 7500 youths in web, cloud computing and mobile app development in different states in Nigeria, Benin Republic, United Arab Emirates and Ghana.

We were spending more than we were gaining, our revenue model was the consultancy jobs we were doing by the side and we were gradually beginning to run out of cash even though we were getting the necessary impact. It was time to get a structure.

Behold! A social enterprise structure was born in 2016, a talent accelerator for software engineers, again just like Andela, I think the only thing difference is the fact we are currently $40 million poorer and I’m sure we don’t run the same learning curriculum, of course, ours is better… hahaha.

We house, train and pay Africa’s finest software engineers on our campus focusing majorly on PHP, Node, React and Python working remotely for local and international companies. We started out with admitting 4 engineers and $20,000 we got from family and friends.

Just like every other person, there was a craze for expansion, both for companies to work remotely for and for more engineers to be admitted, on that we were wrong. We needed to have a proof of concept, admit engineers, incubate them for 9 months and accelerate them for 3 months and make them engineer products for companies over the next 3 years.

From our experience, we have largely found out that what makes a great software engineer is not the ability to write, read and understand codes, it is more of algorithms, the way they think through natural decisions of life and based on the fact that we do not want pure geeks, we want engineers with a social life and those following global trends. We travelled far, meeting with industry players, asking numerous questions that formed our psychometrics test and valuation for admission.

In a year we moved from 4 to 45 engineers purely based on referrals and no advert, yes we had to fire 3 people based on bad work ethics and unwillingness to learn and that ended the year with 42 folks and a female population of 16.

If you have been to NEST before, the relationship NEST Citizens have with their work is amazing and the love in the atmosphere is high.

An amazing year indeed, we have NEST engineers in Artificial Intelligence, Machine Learning, UI, UX all crafting reality in bits (0’s and 1’s).

The aim is that when you become an alumnus of NEST, you could work in a startup as the CTO, cofound one or work as a leader in a technology environment.

We are doing this with the aim of “Simply Building a Skilled Africa”.

And yes, you’ll be wondering what exactly the 4-2-42 strategy is?

You’ll have to figure it out yourself because it was just a joke my heart told me when I was writing this post.

N.B: We have a virtual community of learners we are gradually growing to 8,000. It’s called the NEST Python Learning Community. We believe Africa could have the finest Artificial intelligence engineers in the next few years. Know someone who is interested, register on http://bit.ly/nestplc

Tech freak. I like to listen to stories and document them. I write stories for Zumalo Contact: kitandavid@xumalo.com

Nigerian Design Agency to be featured in Cannes Festival

June 15, 2019 Opeyemi Olugbemiro Comments Off on Nigerian Design Agency to be featured in Cannes Festival