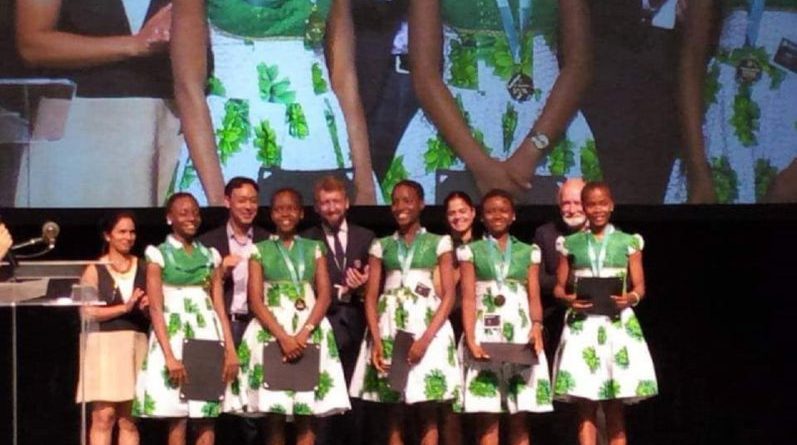 The team led by Uchenna Onwuamaegbu Ugwu (Founder of Edufun Technic STEM Centre) defeated representatives from countries like the USA, Spain, Turkey, Uzbekistan and China to clinch the gold medal. More than 19,000 girls from 115 countries participated at the event, with only 12 teams making it to the finals.

Promise Nnalue, Jessica Osita, Nwabuaku Ossai, Adaeze Onuigbo and Vivian Okoye (Save A Soul team) worked on an FD-Detector (Fake Drug Detector). According to their pitch, the detector helps to identify fake pharmaceutical drugs in Nigeria leveraging a drug’s barcode to verify its authenticity and expiration date.  Already, applauds from all parts of Nigeria have greeted the news of the victory and the Acting President, Professor Yemi Osinbajo has also applauded them in a tweet. Osinbajo also commended the team at Edufun Technik STEM Center for mentoring the girls.

Yesterday, they won the 2018 Technovation World Pitch in California.

Congratulations! We are very proud of you. pic.twitter.com/SFFVvP88JB

I understand that she and her company were responsible for mentoring the young ladies. Great job!

Save A Soul argues that Nigeria has the largest market for fake drugs, and that they plan to partner with the National Agency for Food and Drug Administration and Control (NAFDAC), using the app, to tackle this challenge. The teenage girls from Anambra State will be pitching their app to investors in Silicon Valley.

A team from India, the Cantavits, won the Senior Gold Scholarship. They Developed Eedo—an Android app solution that provides an end-to-end connection between e-waste producers and authorized recyclers.

Technovation is a platform of entrepreneurs, mentors, and educators looking to teach girls everywhere the skills they need to change the world with technology. Every year, girls from around the world are invited to identify a problem in their community, and then challenged to solve it.

As good as the news is, Nigeria has always had an issue with keeping our best talents across industries. We hope that the girls would be given the necessary support by Government and other relevant stakeholders to effectively participate in the socio-economic development of the country. 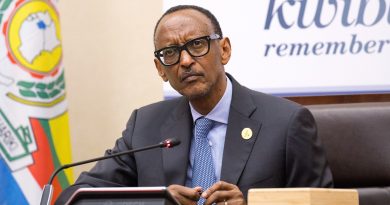 Rwanda set to take the lead on e-transportation in Africa

August 29, 2019 Opeyemi Olugbemiro Comments Off on Rwanda set to take the lead on e-transportation in Africa

Africa and the 4IR: The way forward.

September 18, 2019 Guest Comments Off on Africa and the 4IR: The way forward. 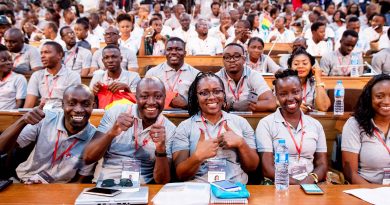